On Nov. 4, Volkswagen announced that it would be starting production on the all-electric ID.3. The catch was that the production was only for Europe. This left many wondering if the ID.3 was going to be another European exclusive vehicle. And if it would make its way over to the States. We’ve seen this with other European exclusive vehicles. However, this doesn’t appear to be the case.

It seems that US production of electric Volkswagen vehicles is imminent. Volkswagen will start making electric cars in the US.

Volkswagen revealed on Nov. 13 that it had invested $800,000,000 into its Chattanooga, TN plant with plans to expand the facility. The main body shop will be getting a 564,000 square-foot addition. Expansion will include a 198,000 square-foot facility that assembles the battery packs for electric vehicles. The facility will create around 1000 new jobs. These jobs require considerable training investment by both the employees and Volkswagen as a company. 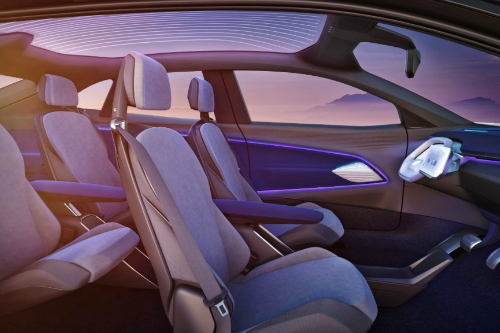 The expanded Chattanooga facility will be producing the ID.CROZZ, the Atlas-based all-electric SUV. It is currently unclear if other electric models are planned or if this is the only model to be assembled in the US. Chattanooga production of ID.CROZZ models starts in 2022. Whether or not the model will on the European market, as it was previously stated to be available for purchase in 2020, is still to be determined. Also, the battery packs produced here will also help with Volkswagen in producing more hybrid vehicles, not just fully electric ones.

Looking for a New Vehicle?

Hall Volkswagen near Milwaukee sells new and certified pre-owned Volkswagen vehicles. Check out our financing specials. While you’re there, why not use our secure credit approval tool to get pre-approved?

What are the Best Technology Features in the 2022 Volkswagen Tiguan?

How Do I Operate the Android Auto™ Feature in My Volkswagen Vehicle?

How does Automatic Climate Control Work in Volkswagen Models?

Does the 2021 Volkswagen Atlas have Advanced Tech Upgrades?

This entry was posted on Tuesday, November 19th, 2019 at 3:28 pm and is filed under Brand Information, Technology, VW News. You can follow any responses to this entry through the RSS 2.0 feed. Both comments and pings are currently closed.