Unlike other compact cars in its class, the Jetta has earned the highest-possible IIHS Top Safety Pick+ rating.

The Jetta has been outfitted with a one-of-a-kind Car-Net App-Connect system that can pair to any and all smartphones.

Inside, there is space for five, and in the back, a spacious trunk allows you to take a lot more along for the ride.

The Jetta has always been known for its sportiness, and with a sleek look that mirrors its performance, the 2016 model is no exception.

With the new base engine, the Jetta is able to travel up to 39 mpg on the highway. With the available TDI engine, it goes 46 mpg.

The New and Improved 2016 VW Jetta

When it comes to sportiness in the Volkswagen lineup, no vehicles are capable of delivering quite like the Jetta, a compact car that not only looks sporty, but produces sporty performance that makes it extremely fun to drive. That is especially true for the latest 2016 model, which has been given a brand new turbocharged base engine, helping to give the Jetta more power, and higher fuel efficiency ratings.

At Hall Volkswagen, we have already begun building our arsenal of 2016 Volkswagen Jetta models, and if you have been looking for an opportunity to experience exactly why the Jetta has become one of the top vehicles, not only in the VW lineup, but the market in general, you can now do so with a test drive of the 2016 Volkswagen Jetta in Milwaukee WI. Before you take that next step, however, allow us to tell you a bit more about the impressive capabilities of the Jetta.

We’ll start by breaking down the new base engine that we mentioned earlier. In the past, the Jetta came with a 2.0-liter engine that served as standard equipment. There were concerns that the engine didn’t quite match expectations in the power department, and for that reason, the German automaker has put a smaller, yet more powerful 1.4-liter four-cylinder engine into the nose of the Jetta. With the engine in place, the compact car is able to produce up to 150 horsepower and stretch a gallon of fuel as far as 39 mpg on the highway. It’s a vast improvement from the 115-horsepower engine of the past. 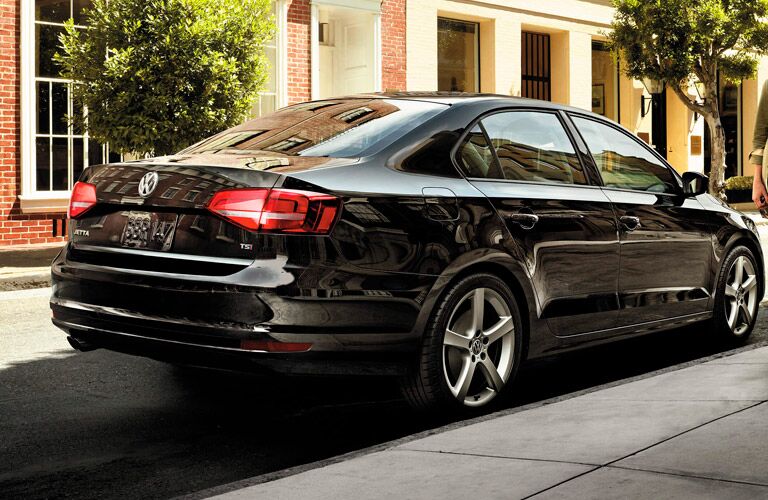 Get the 2016 VW Jetta near Waukesha WI

There is more to love about the Jetta than just power and efficiency. It also offers a full suite of updated technology, including a standard touchscreen sound system with a five-inch color display, available touchscreen navigation and VW Car-Net App-Connect for smartphones. The App-Connect system is the first of its kind to pair to any and all smartphones, allowing you to stay safely connected to the outside world while behind the wheel. In addition to all of that, there are optional Driver Assistance systems.

It doesn’t matter how alert you may be, when you’re behind the wheel, there is potential for danger, which is why it helps to have an extra set of eyes one the road. That is where the Jetta Driver Assistance systems come into play. The full package includes features such as Adaptive Crusie Control, Forward Collision Warning, Autonomous Emergency Braking, Lane Departure Warning, Blind Spot Monitoring and more. Together, they helped the 2016 Jetta to earn the highest-possible Top Safety Pick+ safety rating.

With the technology that you want, the power and efficiency that you crave and the safety that you need, there aren’t many vehicles out there that are capable of topping the Jetta. If you are interested in learning more about the Jetta, we encourage you to check out our new car inventory, or to go right ahead and just schedule a test drive. When you arrive, we’ll get you in the driver’s seat so that you can test out the appealing capabilities of the compact car for yourself.